Tap a link to 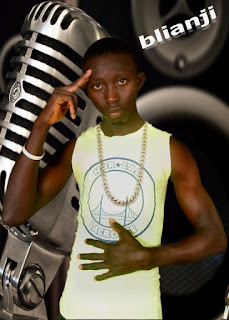 FARAYOLA MOBOLAJI SOLOMON known as BLIANJI aka Da Lyrics Concal, a native of Ogbomosho in oyo state, born on 27 February 1992 in Agege and grow up in Agege Lagos Nigeria, Blianji, He started his Music Career Freestyling when he was a Small at the age 14yrs, and at the age of 19, he started recording is Songs in the Studio. BLIANJI also known as jiblen is an artist who do Pacua, Sing and also Rap, he is a Songwriter, an Entertainer and a Producer. He has work with some notable artiste and Producers in Music Industry. Currently working on his New Album and ready to take the Nigeria Music industry to the next level. Download this song by Blianji titled ‘THAT THING and feel it.

Filed Under: MUSIC / 6 years ago

* Emperor Bisi – Man No Be God

Tap a link to