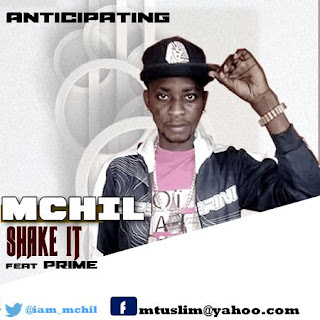 Fast rising Rapper popularly known as "MCHIL" is ready to start the new year with one of his the best tune you can never desist from listening to, After successful released of his banging single titled Everytime last year (2015) which featured KOLO crooner "Misteer Kenzo", the song which get massive downloads online from local and international websites, this song is also on more than 50mixtapes trending online and street right now.

The fast rising rapper who has always been so hardworking and have been on couple of collaborations songs is always ready to give what it takes to do good music. Now he had decided to drop one of his old song which was recorded way back in 2012, he definitely sound different on this song titled "SHAKE IT" the song featured singer "PRIME" (Prime is among the Nigerian Idol contestant in 2015). Mixed by Cripsymixtee.. Sick tune!!! You gon love it. Song to be released on on Val day, 14th of Feb. 2016.

Metro – WICF (Where I Come From)